A whimsical mini-campaign set in rural medieval France. Players are monks who must gain the allegiance of local monstrous factions in order to save the world. Due to the nature of the system and adventure, it will be difficult to avoid spoilers in this review. 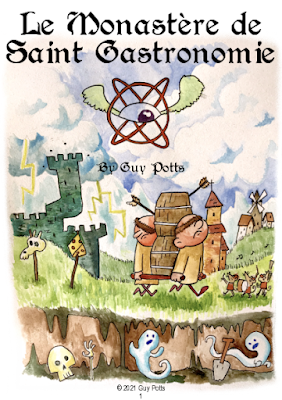 The adventure was part of Kickstarter’s third Zinequest event, and available as a reward. I have not yet found it for sale outside of that. The PDF is 36 pages, written and illustrated by Guy Potts. It includes “standee” paper miniatures for all of the monsters and monks.

It comes with a light set of rules that would be easy to swap out, but it would be a shame to do so entirely. The core of these is three stats, roll-over stat checks, a neat little initiative mechanic, and so on. But it also has three key elements that make the system feel tailored to the adventure: miracles, sins, and the timeline. I would consider grafting these subsystems into any game I ultimately used.

As all the characters are monks, there are no class options, spell lists or starting equipment. But there is magic! Before starting, the GM makes a secret list of specific miracles (“create a spring,” “bring a statue to life,” etc.). Characters can pray freely, and if they happen to ask for a miracle on the list, once per monk per campaign, that miracle is granted. (14 miracles are provided to start, with space for four more.)

Similarly, the GM is encouraged to create a list of “sins” (perhaps modeled on existing religious ideas). (Even without a list, certain actions in the module are defined as sins.) Whenever a monk sins, that player marks a circle on their character’s sin-o-meter. Then, the GM rolls 3d6, re-rolling one non-6 result for each sin marked. If the result is “666,” then each character takes a permanent damage. Characters who die this way are especially dead. I think this is a fun and thematic way of handling morality. It allows for a lot of luck-pushing and emphasizes the religious nature of the characters without punishing them outright for making hard choices.

Finally, the whole game takes place over 28 days, so time taken to heal or travel becomes important. This also informs the other two mechanics in their scope: players may choose not to “save” their miracles or may be more reckless with their sins, given this limit.

The adventure provides a compelling amount of direction for a sandbox. The characters are summoned by a dying monk to stop the current abbot (Pierre the Pious) from summoning an angel of death to purge the world of sinners, annihilating France. To do this, they need to recreate the three traditional products of the abbey under the old abbot (Reynard the Rotund): beer, wine, and cheese. Then they must barter them with local monstrous factions in exchange for their support in the coming battle.

The adventure is seven hexes with the monastery at the center, and each hex has an overland map and an underground dungeon. Three hexes house the monstrous factions and three hexes contain the supplies and equipment the monks will need to reproduce the recipes and arm themselves. The whole map is full of connections and secrets. 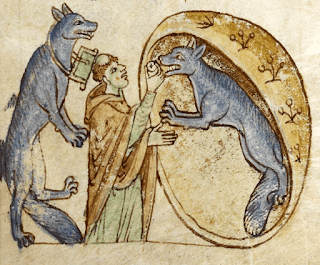 The adventure exudes charm from the art, the tone, the scope. The included system is elegant, as are the mechanics found throughout for dungeon elements, puzzles, social interactions, traps, and so on. (To be sure, the art in this review is not the style of the art in the book, which all matches the cover much more closely.)

It claims to be targeted at absolute beginners, and I believe it. It’s friendly in tone and well-considered in many small ways, from using only d6s to laying out the maps in a radial manner (so that they are easily covered by simple fog-of-war effects, or even sticky notes). In particular, I appreciate that it provides many opportunities to fill in some blank spaces, but it never feels incomplete without them.

The adventure sits in a weird place as a drop-in. Not too much relies on the players being monks, so you could drop other characters in pretty easily. (If you’re the planning type, you could even have them meet Brother Bartholomew beforehand.) But the climactic battle seems like an end-of-campaign event that would be hard to continue after, and the tight timeline doesn’t leave much room for side-quests. It’s also slightly too long to run as a one-shot.

I’d like to know more about Pierre and his ritual. The book mentions that he will be out of town if the players think to kill him. But it’s unclear if the ritual could be prevented some other way. Does it have to happen in the palace? (Then could Pierre just be kept out?) Is timing important, or is Pierre just too busy to cause the apocalypse right away? (Then could he be delayed or misled?) If this is a Watchmen scenario, why bother keeping him away on business? Ultimately I’m not too worried about this because the draw of supernatural agriculture is probably pretty good and the clues leading to it are plentiful. But I do expect these questions to come up.

For all the interweaving and jacquaying, the PDF would benefit from hyperlinks, but it is short enough that it’s OK without.

I was expecting a short adventure, but instead I found a small world, full of character and innovation, with well-crafted support for its unique size. I wish I could tell you to buy this, but it doesn’t seem possible at the moment. I’ll update this if that changes. (UPDATE: This has changed! you can now buy it here! I recommend it!) 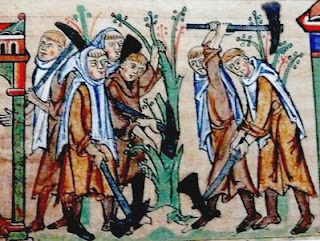 Ritual Entrances of the Palace Semi-Infinite

One of the main inspirations for the Palace Semi-Infinite is The Gardens of Ynn, and one of the things I love about Ynn is the ritual entrance. While I prefer to keep the exact relationship between the palace and reality nebulous, this is an option I'd consider for similar ritual entrances. 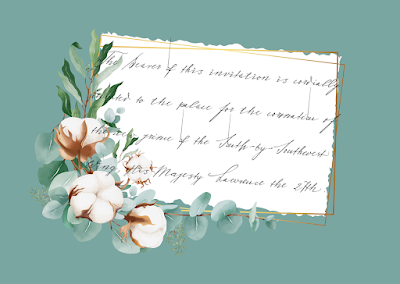 Anyone can get to the Palace with an invitation. A valid invitation must:

Present your invitation to a guard or doorman at the entrance to any building and convince them to open the door for you. When you pass through, you will arrive in a random (but consistent) room of the Palace. (Some people claim that the guard must "announce" your arrival as part of the ritual, but this is in fact unnecessary and increasingly old-fashioned.)

You are marked as a servant of the Palace for the next week. This means:

At the end of the week, you will be ejected from the palace (if you haven't escaped already), unless you secure more stable employment first. 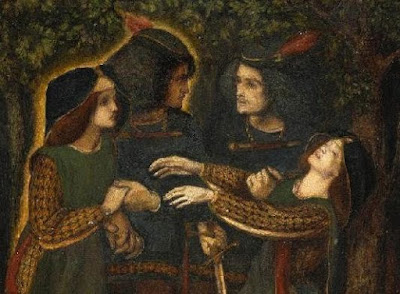 In many editions of D&D, everyone learns a handful of languages at character creation, and then either never thinks about them again or never has the one they need. I propose an alternative, with 5e as a base.

Everyone knows common. There are no racial languages. Only learn a second language if your background calls for it.

Each language satisfies a narrative function.

Common—common is great. Everyone knows common unless there's something strange happening. Don't think about it.

Ancient—dead civilizations speak and write this language. You might know it if you're a treasure hunter, a time traveler, or a classics major.

Ceremonial—this language is a secret for religious or magical reasons, like Druidic or Hebrew. From a world-building perspective, I'd limit myself to one of these per setting, even if that requires some contortion.

Underworld—this language is a secret for reasons of discretion, like Polari or rhyming slang. Dialects change, but learning on-the-fly is built-in to its rhythms. Written, this is the ability to read hobo signs, notice graffiti, etc.

Technical—this is how experts in a field talk about stuff. Even if you're a published author on the topic of applied divination, you can still muddle through someone's notes on optimal well-drilling or drop some convincing techno-babble.

Otherworldly—aliens and old Gods speak this. (Angels, devils, and other outsiders speak common: they want you to understand them.)

Foreign—someday you will find yourself somewhere where they only speak French. Until then, it's a social signifier of a misspent education, a party trick or a bit of flavor.