I’ve been thinking recently about why the early episodes of the Magnus Archives hooked me so immediately. In addition to solid storytelling, I think it’s down to the blending of two “flavors” of horror that I’m a bit of a sucker for, which I’m calling1 skeptical horror and conspiratorial horror. Both of these also work well with the conceits that some information has been withheld or redacted and that ominous but vague warnings have been issued, but I don’t think those factors rise to the level of their own “flavors”.

In skeptical horror, the supernatural elements may or may not be real at all, but people react to them as though they are, and that creates the horror. Often the audience will know if the elements are “real” or not but it hardly matters. It is not necessarily a one-to-one mapping onto “the real monster is man”, but the overlap definitely exists.

Examples include The Wicker Man (1973) and The Lovecraft Investigations.

In conspiratorial horror, the supernatural elements are known to the characters and believed to be controllable. The illusion of control can only be maintained for so long, or the audience will lose interest. This lends itself well to tragedies.

Examples include Oculus and Cabin in the Woods. I would also consider SCP to be an example that’s too “static”: I like reading individual entries, but eventually I want more to happen (although it’s been quite a while since I actually engaged with it).

First heard at sunset on September 30th, 1925 in Stuart Australia (now Alice Springs), and heard every two years thereafter, seven days after the Autumnal equinox, broadcasting on AM 950 kHz. For five minutes an androgynous voice repeats a string of seven syllables, then follows 2-3 minutes of glosslalia or gibberish, and finally the word “adiloim” is read by the first voice. The syllables are from no single known language and are different each time. The gibberish is always spoken by 5-7 different speakers, overlapping. Recordings exist of the broadcast from 1957 onwards, excepting 1973.

A set of six language-learning casette tapes for the Mandarin language. On side A of each casette a woman’s voice reads aloud phrases in English and Mandarin, with pauses for the student to repeat. Side B of each casette consists of “quizzes”: a phrase from any of the previous casettes in either language, a pause for the student to translate, and then the answer. Casettes 1-4 cover everyday pleasantries, food and eating, navigation, and basic technical and scientific terms. Casette 5A covers religious and spiritual aphorisms. The quiz of 5B includes calmly-read pleas to spare the student’s life, interspersed throughout phrases from previous casettes. Casette 6 is lost, but the accompanying booklet indicates it would have covered common allusions to classical literature.

A full set of heavily-damaged Topps-brand baseball cards from the 1972 All-Star Game. Regardless of the card, each one pictures Rookie of the Year Carlton Fisk in a different uniform and pose. All the eyes have been drawn over with blue ballpoint pen.

A 3.5" floppy disk that appears blank and copy-protected when inserted in a running machine. When booted from, it exactly and correctly diagnoses any hardware problems in a curses-style display or printout, regardless of hardware. Any data on the machine will be lost. The label reads “Tim’s Floppy — DO NOT FEED”.

V. World of The Lost

An early MMORPG, discs can still be found at yard sales, online auctions, etc. The servers are long since offline, but a software patch on several onion sites will allow the game to apparently run without an internet connection (despite its small size). When running in this way there are no other players, and NPCs speak only in rhyming couplets. Most “quests” are inaccessible (due to dialog limitations), but a new quest called “Opening the Way” is available.

A martian landscape, exactly as captured by the curiosity rover’s famous “selfie”, complete with lens distortions. Where the rover would be, a nude man kneels, weeping into his hands. 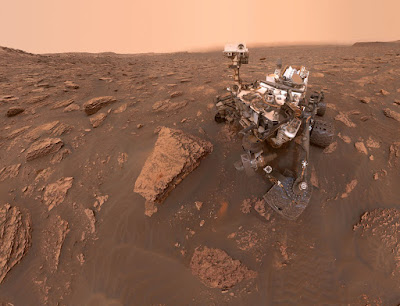 1 I’m sure “horror theorists” exist and have better names and definitions, and I apologize.back