Chapter XXIV: The Grinning Devil and Why He Grinned That Night

My entry to Jack of Tales of the Grotesque and Dungeonesque's contest, with slight annotation:


Chapter XXIV: The Grinning Devil and Why He Grinned That Night

Lucinda ran breathlessly from the man in the red mask as he uncannily crept sideways along the alley walls, leaping from building to building. She stumbled on a wet cobblestone, turned and saw him, his mouth twisted into an inhuman grin. But as he leapt closer, he landed on the wall of a cathedral and froze in place, as a stone. While Lucinda survived, she never quite recovered, and when questioned about anything in her past she broke down, screaming only about the man’s hideous grin, which still leers today from his roost with the gargoyles.

The chapter is actually a coded message between two cells of the Thrice-Forsaken Lodge of St. Coraline. It communicates the location of a relic sacred to Kumo-Thlis, and also its guardian—a basilisk.

The Thrice-Forsaken Lodge of St. Coraline

A loose-knit network of converts to the faith of the Lady of the White Way, they return to their old faiths in order to subvert them. More fanatical than those who merely expect to be rewarded, they believe that there can be no reward for their life of idolatry and so care not for their own souls.

This noxious dagger always appears slick, though it is dry to the touch. Those struck by it suffer a much more insidious poison than any mortal tincture, for they will forever after hear the whispers of Kumo-Thlis himself (or at least so they believe). The whispers cannot impart any information the sufferer does not know, but may direct him or her towards unconsidered courses of action, often of questionable advisability. A Remove Curse spell can lift this grim affliction but a successful Save vs. Poison will prevent it. Untreated, a sufferer will eventually either go mad or fall to worship of the snake god.
The Tongue is currently in a cave outside a small farming village. It is guarded by four cultists, three “converts” (formerly of the Lodge, but all now afflicted), and a basilisk. Additionally, on any day there are 1d4-1 locals paying their respects. The leader of the cult is a daughter of the grave named Mixolydia. Her regenerative abilities, serpentine form, and immunity to the basilisk’s gaze make her a natural snake-priestess of great influence.

Mostly I've been too busy for gaming, but I thought surely I could get in on something so simple as the bookshelf meme. So I took the picture, but I haven't actually got around to it until now. And you may notice that it's rather sparse in terms of actual gaming-related material . . . 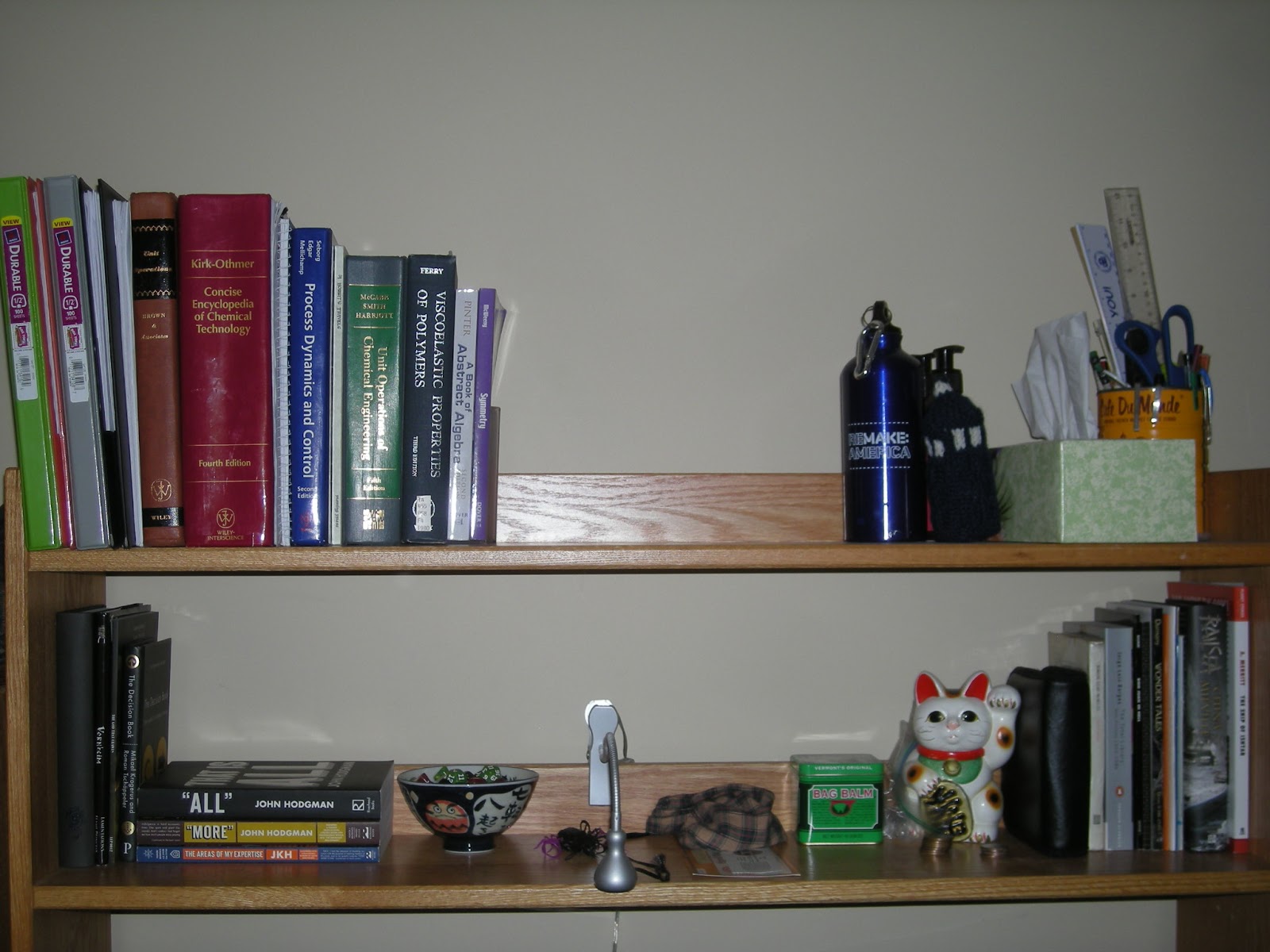 The bottom shelf is more interesting than the top. On the left:
And on the right, starting after the CD binder:
Let's hope I can get more gaming books on there next semester.

This post mentions Vornheim, a book by Zak S. I do not want to support Zak or his work, and encourage others not to either. For mor information, see my post here. The post also mentions Carcosa and The God that Crawls, other products published by Lamentations of the Flame Princess. For a variety of reasons, I also no longer support Lamentations.