I wrote this game that I'm very pleased with. I'm hoping to enter it in the 200 word RPG competition when submissions are open. Until then, I'll be playtesting it and tweaking it on Discord, and you should hit me up for a link to the server if you're interested. 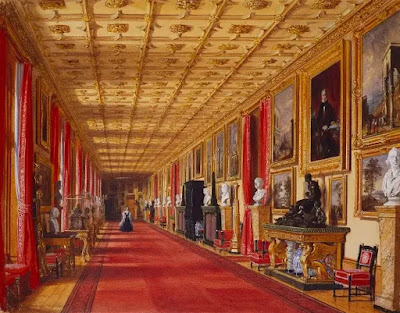 The current version, at time of writing.

Tables are rough to fit in the game because each number also counts as a word. A d6 table is a minimum of 14 words. So I put this together, but can't even begin to fit it in. I worry that some of the words are too similar anyway though.

It works well so far. I'm running a game on discord that's a mostly-straight whimsical fantasy palace. One of my players is putting together another game that's flavored after Darkest Dungeons. We haven't yet used the combat rules in anger, and running a game on Discord takes getting used to, but I'm optimistic. 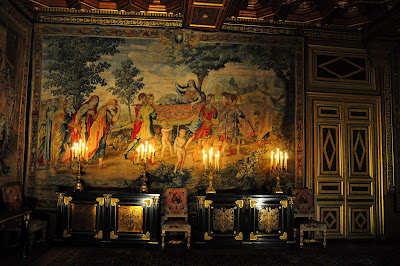 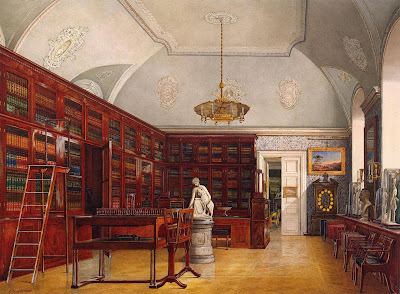 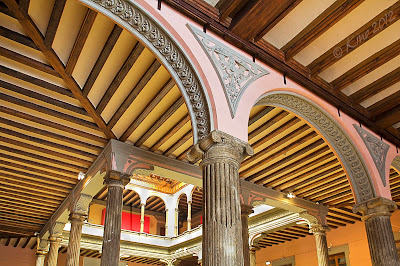 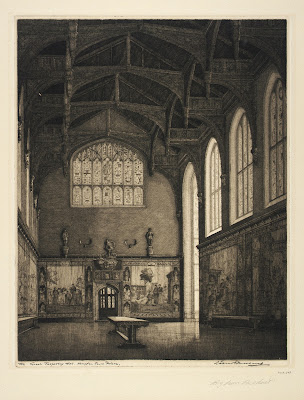 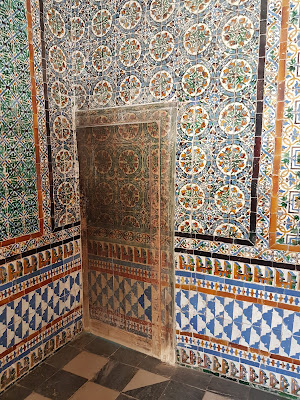 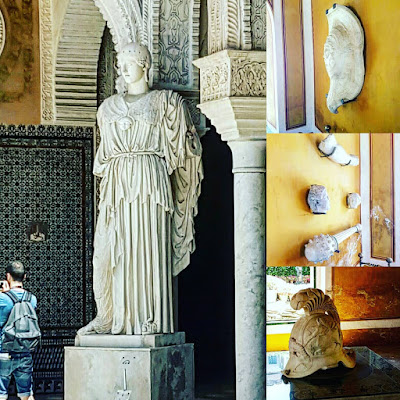 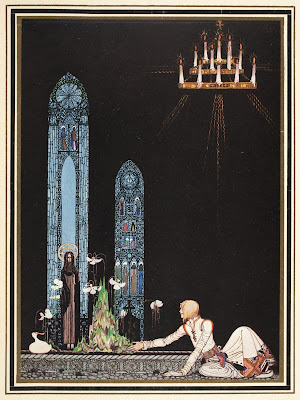 I was going to make a quick fun game about boats. Treasure Island, The Odyssey, One Piece. I wasn't going to get caught up in the details of how boats work. I told myself this at the outset, and believed it. I was going to borrow liberally from other, nicer rulesets, and not worry about realism. Now I'm writing about boat hydrodynamics.

When Viking explorers found new lands, they were usually about a week's sailing away. More distant lands were reached by following a chain of smaller stops. This is because they could survive for about two weeks at sea, so one week was the point of no return1. Rather than start with existing historic boats, we can take this type of exploration as our goal, and then work out how best achieve it. 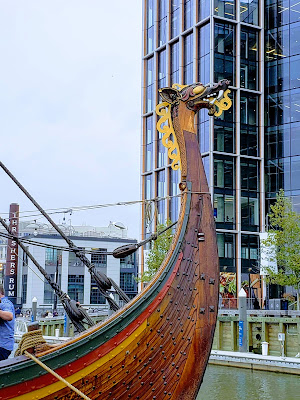 I haven't playtested these, they're just draft rules.

Encounters at sea are never by surprise excepting with beasts, and evasion is down to chance (1d4 to evade: on a 1, success, on a 2, success but off-course or lost day).

Going back to "islands are a week away", we can interpret this two ways, which I will call the "dense ocean" assumption and the "sparse ocean" assumption. Given the distances and speeds involved, the classical 6-mile hex quickly becomes more hindrance than help, and instead everything is worked out in points and lines. Obviously all these assumptions are different for large ships with large crews, but I don't think those are conducive to the game I'm trying to make here. It's also worth noting that I'm explicitly fitting the geography to the type of game I want to run here, not to any kind of reality.

A person can see d km away on a clear day at sea, where:

and:
d is distance seen (km) and
h is the height above sea level (m).

On average, there is an island one week's travel in any direction.

This means that each day of exploration, there is a 1-in-7 chance of finding an island. Call it 1-in-8 and be done with it.

On average, the nearest island is 1 week away.

This means that in a circle of radius one week's travel, there will be an expected two islands (start and destination). Here I will make a series of poor assumptions which allow me to simplify my calculations: Assume that the ship will sail in a straight line each day in one of eight directions, and that it will see everything there is to see in that direction. The area seen in one day is then:

where:
Aday is the area of ocean seen in one day, and
r is the distance traveled in one week.

Then the probability of finding an island in a week is roughly:

and the probability of finding an island on any given day is:

This is about twice as good odds as with worse assumptions, but still doesn't seem great. I'm sure that realistic exploration sailing had any number of other factors going for it and the math here is all wrong, but for my purposes the Dense Ocean seems more fun anyway.

Assume a party of 5 people. We'll say that a week's supplies for one person is a sack, and in addition each person has a sack of tools and gear. So our small ship must now carry 20 sacks of weight (5 people, 10 supplies, 5 gear).

Old ships are measured in tonnage4, the number of tun-casks the ship could fit. From this random image I found, a tun cask takes four people to carry, so is equivalent to 4 sacks. Therefore our small ship is 5 tons. 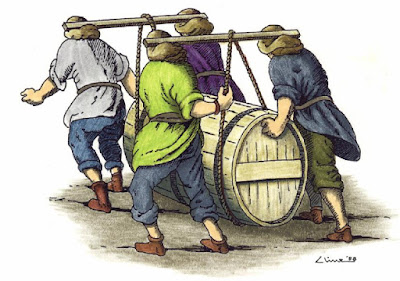 An early limitation on ship speed is the "hull speed", where:

and:
Vhull is the hull speed (knots), and
LWL is the length of the ship measured at the waterline (ft).
Strictly speaking this isn't a "limitation", but I must stress that we're talking about terrible boats here.

From the tonnage, we can back-calculate the length of the ship using the Builder's Old Measurement:

where:
T is the tonnage (tons burden),
LOA is the over-all length of the ship (from stem to sternpost, ft), and
b is the beam, or width of the ship (ft)
and also using a random rule-of-thumb found on Wikipedia somewhere:

(LOA and b in ft.) Finally, we must assume that, for our purposes, the waterline length is equal to the overall length. This isn't a great assumption, but it's not terrible if our boat is built more like a bathtub than a canoe.

With all of this, I wrote a quick ocatve script to generate the following table:

At this point, I started to think I might have lost track of where I started, so I stopped. When someone asked "how fast do boats go" on a Discord server, I just pointed them at this table from Labyrinth Lord:

One more in a continuing series.

Where to get it

I like these ones, they're detailed and evocative. They're definitely tied to a setting, and they might be just specific enough that it's weird to re-use one on a second island. I also think that only 1-in-6 islands being inhabited means the inhabitants table doesn't get enough use, similar to the "exotic materials" table on other generators. 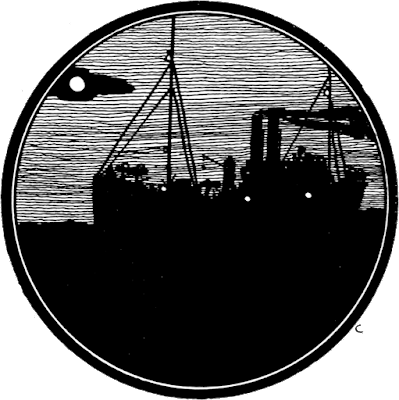 1 This is what the tour guides of The Draken Harald Hårfagre told me, but I might be misremembering.back

2 Following from UVG, a "group" check rotates throughout the crew.back

3 Sacks are another useful abstraction from UVG. A sack is: as much as one person can carry unencumbered; all of a person's prefessional gear; one unconscious human; one unit of trade goods; or enough food, water, and consumables for one person to survive for one week.back

4 These are tons burden (a volume measurement), as opposed to tons displacement (a weight measurement). As an engineer, it distresses me the number of meanings that "ton" can take, but here it is unavoidable.back

The challenge this week on the GLOG Discord channel was to detail a city or village or quarter or similar. This is my attempt.

Apollo speaks through his oracle at Delphi, Aphrodite through Dodona, and even the gods of the Celts and the Norsemen all have their own seers. So Janus, among the highest of the Roman pantheon, he too has prophets, established in a town called January. Once, upon the discovery of this gift from Janus, the town grew at an enormous rate. Surely, visions from the gatekeeper of the gods himself must be of a purer, stronger sort, it was reasoned. And they are, for his oracles are two, and both prophecy only the truth. But one will only see the past and one the future, and even they do not know which is which. So the city fell into disrepair and is now mostly a curiosity.

The core of January.

A short ways away up a small hill. Here there is a hot spring where people throw lead curse tablets, and then also drink the water for their health. You could probably get some good dirt on people from the accumulated curses, if you're willing to risk a god's disfavor.

The ruins of a massive city surrounding the core downtown. Unsavory sorts lurk here, but also just people trying to get by. There's a 50% chance that anything can be found here, albeit in rough shape (blacksmith, horse stable, observatory, waterpark, etc.).

An uncommon bright spot in January's future, Januarian marble is becoming trendy in some circles. The impurities give it distinctive purple veins.

Januarian farmers graft their trees relentlessly, such that something is always in season, and they can practically tell what day of the year it is by what's in bloom. Empty doorframes dot the landscape, but they are not magical and the locals will think it's very funny if people walk through them to check.

This is only my entry in a second GLOG challenge, these are some others:

A GLOG class for the cursed class challenge.

Now you've done it. Maybe you pricked your finger on a magic spinning wheel. Took a bite of an enchantress' apple. Stole a perfume from the wrong alchemist. Desecrated a fairy ring. Whatever it was, you're gonna be comatose for a while, so you might as well make the best of it. 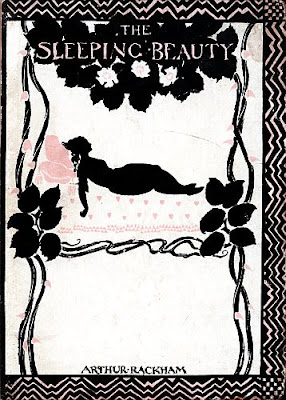 This is a cursed class. Once you have a template in Restless Dreamer you can't gain templates in anything else until you wake up.

You're asleep. You cannot move on your own and must be carried everywhere. You are still aware of your surroundings, but only what they dream themselves to be: you see the ruins on the hill as a glorious stately palace and the mayor's cat as a fearsome panther. The thief in the night is a smooth constellation of shadow and the paladin literally radiates sunlight. You can speak softly and coherently or loudly and incoherently.

Fortunately, you are a graceful sleeper. Whenever you gain a template in Restless Dreamer, add one to your Charisma. You are non-threatening to animals, if obviously vulnerable, and people will do things to help you or your companions when asked that they might not otherwise.

If the curse is broken, you resume your normal sleep schedule. You can only use your Restless Dreamer templates while sleeping, but while awake, bonuses to Charisma from Beauty become bonuses to Constitution. (Such beauty could only last as an idea of a person, not a real person.)

With great effort, you can move under your own power and take actions no sleeper could normally undertake—cast spells*, swing swords, sing songs, etc. Each round you are up and about you must make a Charisma save to avoid drifting off to dream again, and take a -1 penalty to this save for each preceding round you've been moving.

Your stillness and calm are contagious. You can cast human and beast into a deep sleep at the touch of your hand whenever you so choose. The only limit to this ability is what you can reach.

You can call creatures of the dreaming to aid you in the waking world. They range from clever doormice to crawling vines to rolling nightmare machines. Each day you can call dream creatures with total HP equal to the total number of templates you have, and they have morale as retainers. They return to the dreams of others when they are needed (usually within the next 24 hours).

I was told it's easy to write GLOG classes and this did go fast. I haven't played the GLOG proper yet, so please let me know if I missed something obvious.

There are many other entries in this challenge. These are the ones I am currently aware of: