A natural consequence of bad ideas. My entry in the Into the Odd PocketMod Jam (2019). CW: slavery, combat as sport. 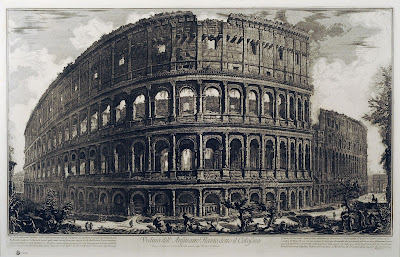 bloodring-A7.pdf - for viewing on a screen.

bloodring-A4.pdf - for printing on A4 paper.

bloodring-US.pdf - for printing on US letter paper.

Apparently Zak S is an abusive PoS (CW: abuse, sexual violence, violence). Later today he is planning to make a statement, but what could he say?

I feel things, but obviously not nearly to the degree of his actual victims. From my place of relative privilege, what can I do? I'm not a large voice in this community, but I don't think that should excuse me.

What to do with his social media presence?

What to do with his stuff?

I've got some things of his:

For now I'll keep them I guess, but I don't think I'll be using them. None of them can't be replaced by other books.

What to do with his associates?

Some of his collaborators and friends are waiting for his statement, although most of them have already distanced themselves. The ones I'm still watching are:

What to do with myself?

I have recommended Zak's blog to people in the past, and given his books as gifts.

Email ThisBlogThis!Share to TwitterShare to FacebookShare to Pinterest
Labels: not games

When I first moved to Buffalo and didn't know anyone in the area, I ended up staying with my girlfriend's roommate's mother's friends in the area (they were great people). When someone on the OSR discord was asking for a good contacts system I thought I would try my hand at one that reminds me of that connection. I figure this is probably half a solid contacts mechanic, so I hope someone gets use out of it.

This is what I made initially, and you can see it with a little more in the Google doc. When you have a chance to meet new contacts, you can roll up a contact at two removes (e.g. 1d20 and 1d10 under "Relation"). If that contact doesn't work out for you, add another d10 to relationship, then another d20, and so on each time you need a new contact before you can naturally make more.

Then I thought I'd try automating this process, because that's trendy these days. This generator owes a lot to Betty Bacontime and Spwack's work, but I had to rework it to make it do what I wanted it to.

I have had the pleasure to play in two of Spwack's DIE TRYING playtests. While I'm only talking about the DIE TRYING rules here, these can be difficult to separate from Spwack's play style. I can also only discuss the rules that I've encountered so far.

The rules start with 7 pages of character generation. This is unnecessary1. You need two links to make a character:

This is the first great innovation in DIE TRYING: to automate character generation without loss of interest. It's 1% of the effort of rolling an OD&D character with all the nuance of a million pounds of Pathfinder splatbooks. I recommend making one now, just to see what I mean.

This is the core of it: DIE TRYING is a game of want. I'm sure you can starve to death in the game, but mere hunger and encumbrance and exhaustion are not its motivating factors. Instead, DIE TRYING presents a world full of interaction and interest. Then it gives you characters that have abilities, but not power, and an immediate need to fill that gap in order to survive. Where the rules shine is the lists of ways to get more power and learn new abilities. Because you will need those to live.

This leads to the other major innovation in DIE TRYING: the X system. Characters get ad-hoc Xs instead of experience. Xs are awarded for achieving things or failing terribly, for good plans and bad ideas. Xs are awarded out-of character for things like attendance, character portraits, or this review2. And Xs aren't some nebulous investment in an eventual "level", they go directly towards meeting immediate needs. You can add an X to anything on your character sheet that needs more oomph behind it. I had a crowbar on its last legs, but with an X I shined it up good and now I have an acid-resistant crowbar. I appeased an ancient king, and now I have a little more leeway when dealing with it. After three Xs, my colleague's egg hatched, and now his "son" is a helpful slime that he carries with him.

In case I've been unclear (and even were I not being "compensated" for this review) I've had a genuinely great experience with the system. Especially if you're in Spwack's timezone, I believe he's still playtesting on Discord, and I recommend it.

1 The main reason I favor "OSR" type systems is that I find character generation to be a chore. The main thing I miss about more "bloated" systems is the bizarrely specific characters you could build, like a mutant half-elf blind seer/assassin. If this were my system, I would do it like Perl: the generator is the rules, and then relegate the whole 7 pages to an appendix.back

2 Missed opportunity for a hot take: "DIE TRYING is a transmedia storytelling project that blurs the line between platform and experience and transcends traditional narrative frames." For real though, the same colleague with the egg got an X for opening a door with a big red "X" painted on it. We knew in advance that he would, but I'm not sure if it's because it was an obviously bad idea (it was), or if it's because it had an "X" on it.back