The implicit setting of PALACE RUN. The palace is richly-appointed, labyrinthine, and endless. Some would say “infinite”, but it is surely partly bounded as it has relatively easy access to the outside. The format is from Jack Shear, although I’m sure I haven’t done it justice. 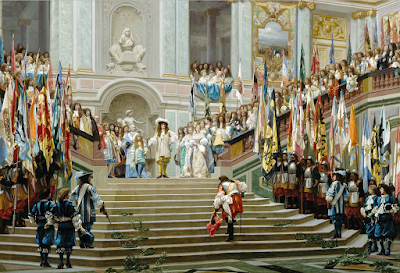 This is an RPG and not a fable. These are ideas to be interrogated, not morals to be enforced.

The core of PALACE RUN does provide some rough motivations (“Enrich”, “Entertain”, “Escape”, “Ingratiate”, “Investigate”, and “Overthrow”), but these hooks have a little more meat and should work in a more traditional set-up.

The first thoughts I had of the Palace Semi-Infinite were merely “what if the adventure site were so fabulously wealthy that it really stopped mattering?” But in the years that it’s stewed since, I think it’s gotten significantly weirder, and hopefully better. 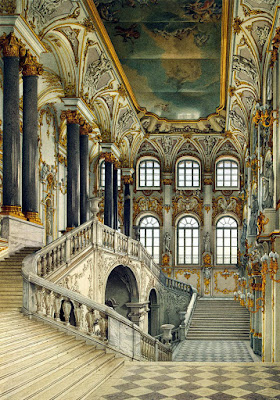